I am a huge fan of Indriðason’s Inspector Erlendur series. There’s something compelling about his writing style and the characters in the series. Not just Erlendur, but the the people who surround him. In fact, Indriðason has written two books who are tangentially about Erlendur, but are in truth about the two detectives he works with. In Reykjavík Nights we are treated not to a story about Erlendur the inspector but instead Erlendur the 20something (I think he’s 26) traffic cop.

Note: Don’t read this book unless you’ve the rest of the series. If you want to read Erlendur’s series, start with Jar City, the earliest book in the series to have been translated into English.

Reykjavík Nights follows the beginning of Erlendur’s path toward the detective we’re familiar with. This Erlendur is has no true experience solving crimes, he’s young and without a family of his own. While he has no wife or daughter, the baggage he does carry is the same that haunts him throughout the whole series.

Spoilers: The disappearance and probable death of Erlendur’s brother in a snowstorm, when they were both young, follows him, haunting him in at age 26. We learn that this loss has truly shaped him as a detective, in fact, the main case of Reykjavík Nights is only solved because of Erlendur’s obsession with missing people. End Spoilers

The novel is differs from the usual style of Indriðason’s Inspector Erlendur series. Instead of following Erlendur and his team as they try to solve a murder of some kind, we’re treated to two stories without. Reykjavík Nights has two halves: a procedural Law & Order type story line and an overarching crime that Erlendur must solve. The title of the novel itself is really only half the story, but this is not a bad thing

As a big fan of Law & Order, this novel read a bit like the Reykjavik version of that show — except that the characters (and Erlendur especially) were very well developed. We are treated to Erlendur’s experiences as a traffic/beat cop on the streets of Reykjavik. He works the night shift, hence the title, and Indriðason fills chapters with the exploits of Erlendur and his two partners. That sounds boring, but instead it’s the opposite. As much as I wanted to know what was happening in the other half of the story, these tales of the night shift serve a larger purpose, showing how ordinary people can sometimes become entangled in larger stories without even realizing it.

As always, I enjoyed the way Indriðason ties everything together. The larger crime is twofold — the death of a homeless man Erlendur met on the night shift and a woman who went missing around the same time the homeless man died. These two seemingly independent stories draw Erlendur in and we watch as he slowly begins to unravel them and eventually figure out what happened and how they’re connected. While the night shift stories are good, it is this second plot where the novel truly shines. We are treated to Erlendur, the budding inspector. But unlike the later series, this Erlendur doesn’t know what he’s doing, he messes things up, and he has to work alone. And yet, just as we expect, he does solve the mysteries he’s stumbled upon.

Reykjavík Nights is a treat for Erlendur fans and I am so happy it’s been translated into English. If you’ve read the rest of the series, definitely pick up Reykjavík Nights. While it’d still be a good read if you’re not familiar with the series, I would still recommend starting with Jar City. Regardless, I truly enjoyed this book and I cannot wait to read Into Oblivion, the follow up book to Reykjavík Nights.

Another lady singer this week! She’s from the group Girls Generation/SNSD. I’m not a fan of the group, but I really like Seohyun’s solo work. This song is great, as is the rest of the album.

Listen to the whole album on Spotify:

Sorry, this one is late due to many things.

Last week I talked about watching some musicals and one of those was Annie Get Your Gun. I knew, going in, that this musical was not a great one. I also expected it to be racist and sexist, but I honestly didn’t really know what I was in for. You can read my full review over on Letterboxd, but suffice to say that I pretty much only gave it one star because I like some of the songs.

Anyway, onto the actual, fun things.

What I’ve Been Reading:

The most recent two episodes of Voice have gotten really intense. There are only two more left. I can’t wait to find out what happens.

What I’m listening to:

And her new song:

This is Kihyun, of the boy group Monsta X. They are one of my favorite groups and coming back soon. I’m going to try to include pictures of some kind, from now on, that make me happy. This teaser photo of Kihyun is one of those images! Look forward (maybe … you may not be doing that, actually, but shhh) to more (probably kpop related) photos.

Each week things get worse and worse: Week 16

The links. Please enjoy the story of Keanu Reeves and then read Gail Simone’s Grand Unified Keanu Theory. And yes, I am a fan and have been for quite some time. 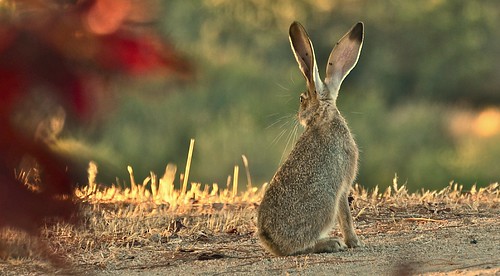 My friend recommended this song (and album) to me and I really liked it!

Some weeks are harder than others and this was one of those weeks. Luckily I have plans tomorrow and Saturday, so that’s a very good thing. I didn’t really finish music this week — just one book — and my audio book expired on Overdrive so I’m listening to an actual book on CD.

What I’ve been reading:

I finished Kaitou Tantei Yamaneko, which had a really weird twist toward the end that I’m not sure I liked. I also loved Get Out and highly recommend it. South Pacific was an interesting movie, but I dislike the way it ended.

What I’m listening to:

Two things about this week’s links. The first is that I will forever have a huge soft spot for the movie Hackers. I know that it’s not really a great movie, but I adore it and I cannot imagine growing up without having watched it. My sister and I still quote it to each other (along with another cult classic from our youth, Empire Records). There is something endearing and enduring about Hackers, it was in many ways such an innocent time, too. The second thing is that I adore the late Oliver Sacks and his writing. If you’ve never read any of his books, do yourself a favor and read one. It could be one of his science books, or something else of his entirely. Please, go read his writing. It’s great way to remember him.

Week 15 is all about Russia and intolerance.