In honor of the late Chris Cornell, here are a couple of videos from his last performance in Detroit this May. RIP, Chris. Your voice was part of the soundtrack to my college and early post college years.

Last April (2016) my friend N and I went to Chicago to see Teen Top, a group we both liked. It was really fun and they are such great performers. The concert wasn’t even close to sold out, but it was delightful. I would go see them again in a heartbeat. Skip forward to February when my favorite member of Teen Top (L.Joe) announces he’s leaving the group. Often, this means that I stop liking the group, but that was never going to happen in this case. I am still a huge Teen Top fan, which is why today’s rec is so fun.

You see, in April of this year (2017), Teen Top released a full length album (11 songs!) and I love it. Not only do I love it, I actually think it’s the best thing they’ve ever done. L.Joe was one of their rappers and when you listen to their old music, you can hear what he added. But, and I’m being totally honest here, this album, High Five, is so good you don’t even miss him. I mean, I miss him, but not in the same way as I expected.

The title track of High Five is Love Is. You can watch the music video for Love Is below.

Every single song on the album is good and I’ve been listening to in on and off since it was released. My favorite song is Make Me Sick. There’s no video, but you can listen to it below (along with subtitles).

That being said, all of the songs are good, even the 38 second intro (Origin) at the beginning. They do perform some of the songs off the album live. Alongside Love Is, they’ve performed Because I Care, which is another one of my favorites. The video below is from a music show, so it’s not the greatest, but it’s so good I don’t care.

They’ve also performed You & I and Call Me, which are very different songs but equally as good. Here’s Call Me from a music show.

Someone graciously uploaded a performance of You & I and if you know Spanish, there are subtitles for the song.

Below are a few more songs from their showcase when they released the album.

And, lastly, he’s an entertaining and great performance of Love Is.

If you’re interested (and I hope you are) you can listen to High Five on Spotify along with their older stuff (with L.Joe). Thanks for reading!

Hey, it’s been 27 Weeks, over half a year and … it feels like it’s been twice that long. Week 27 was out of control. I told a few people that it used to be thing a day, but now it feels like 500. A few minutes later I joked about remembering what it was like when there was only one thing a week that was destroying our democracy. My, how things have changed and not for the better.

I’ve been a fan of Xiao Yu since I first listening to his album, 再一次, back in 2012. Which was the last time he released anything new. You can listen to that album on Spotify. That means it’s been five years since he’s released anything and he finally released a music video and a new album and, you guys? They’re amazing. I expected nothing less and I was rewarded greatly. Please enjoy this!

If you like it, check out the new album.

This week’s rec comes in the form of a graphic novel. The book, Monstress is written by Marjorie Liu and illustrated by Sana Takeda.

I know Marjorie Liu’s name from being a librarian, but I’ve never read any of her work until now. A friend of mine recommended this book to me and I’m so glad she did!

Monstress is, as described by the publisher Image Comics, as being set in alternate matriarchal 1900’s Asia. The world is full of magic, humans, animals who speak and people who are neither human nor animals, but something in between.

Maika is a war survivor and her story is that of survival and revenge. She wants vengeance and so she begins her journey by becoming a slave. Early on we realize that this won’t last and it doesn’t, Maika escapes, frees her fellow prisoners and begins her path of destruction. Along the way she steals part of an ancient mask that will change her and set people after her.

The first volume, Awakening, tells the story of Maika’s journey of vengeance, introduces us to other characters who will join Maika, and sets the stage for the long journey she has ahead of her. We also discover what happened to Maika during the war and who (or what) is trying to kill her.

The story, which I have not done any sort of justice, is tremendous. Maika is a flawed character, but she is not bad. The people who live around who are flawed, the world they live in barely survived a war that was ended in a way that few truly understand. Maika’s world is not free of war, instead it’s again on the brink. When you close the back cover of Awakening, you wonder if perhaps Maika will be the one to prevent it — or will she start it?

Liu’s writing is strong, the plot intricate and engaging. But what really stands out for me is the artwork. Takeda’s illustrations are beautiful and bring the story alive more than I would have expected. Takeda is able to capture everything, from the anguish and pain that characters feel, to the anger and violence of those coming after Maika and the people around her.

Monstress is not without humor, though. There are moments, and characters, who lighten the mood. The lighthearted moments are few and far between, but they are skillfully added and feel very real. Even the darkest of stories needs a little bit of a pause sometimes.

From talking cats to, my favorite, Kippa who is a fox girl (she is seen below), the cast of Monstress is sweepingly broad and equally as beautiful and dangerous. I cannot recommend this book enough. It seems to be a good fit for teen readers who like graphic novels with strong female characters or any adult who enjoys well-written and illustrated graphic novels.

I got my copy from the library, but you can get it from Image Comics or Amazon. Volume 2 comes out in July and I can’t wait.

Week 26 and you thought things couldn’t get worse. This time Amy tells us all the things we missed while, you know, 45 was reenacting scenes form his former job as TV show host. And yet again I say, this week has been crazier than the last. What the hell?

The links! The first three are recent articles (I know, right?) and the last one is older, but still interesting and useful. 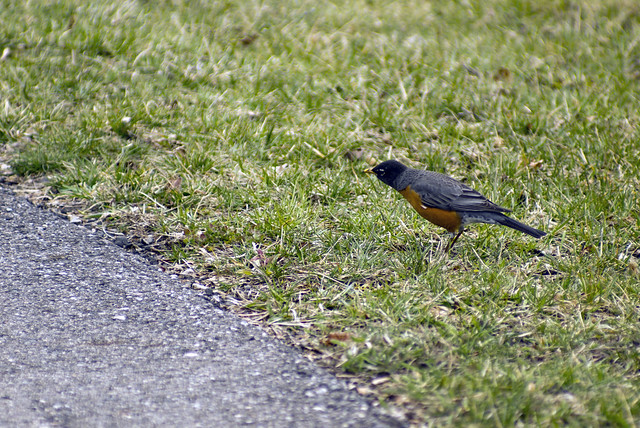 I like Babylon’s music in general and these two videos are really nice, enjoy them!

I sort of fell of the posting train for self-care and while I have been doing things self-care wise, I thought I would try something different for posting. Instead of a whole list of things, I’d like to try recommending one thing and maybe discussing it a little bit.

Binti is the start of a 3 novella trilogy by Okorafor. It’s set in the future, which in some ways feels much like our present day, but it’s definitely not set today. Binti is also the name of our main character, a young woman who is leaving her home on Earth to enter university. She is the first of her people to leave Earth, to travel in space, and to go to university.

The novella is about Binti’s struggle in these new worlds, but it’s more than that. It’s the story of being alien among aliens, about being different, and about survival. But at it’s heart, Binti is about the importance of taking risks to do the right thing. I don’t want to spoil the story for you, because it is so good, so I’ll stop there.

Outside of the plot itself, everything about Okorafor’s novella is excellent. The story, of course, is good. But the writing is beautiful and the characters come alive, Binti especially, but all of them. I loved Binti because I love Binti herself, but also because I love Okorafor’s storytelling.

I do want to note that I listened to the audio version and if you can grab a copy, please do. Robin Miles does a truly wonderful job with the voices throughout the novel and I dearly hope she reads the remaining novellas in the series. Please give Binti a try!

Tor helpfully has written and audio excerpts form Binti if you want a taste.

So sorry! I forgot to post yesterday and so much has already happened this week that week 25 feels oddly irrelevant already. Anyway, onto the links.

This week I have two ProPublica links:

And two from Tor: 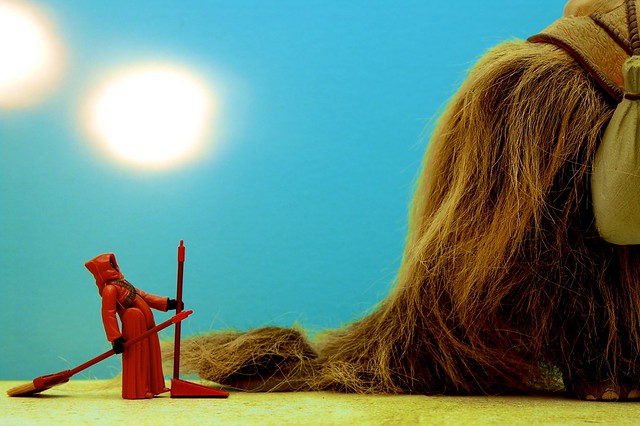 Wasteland: The tough economic times on Tatooine hit everyone hard, including the Jawas.
(c) JD Hancock

100% is a group that I recently started following, though they’ve been around for a while. They came out with a new mini album in February and this is a version of their single from that album. Their vocals are so good.