Each week  for the past 12 weeks (since the November) Amy Siskind has been making posts that talk about what has changed since Tr*mp was elected president. I’m going to try to remember to share each of these (starting with week 12) as an extra link at the beginning of this post. Please read through the link.

» Week 12: Experts in authoritarianism advise to keep a list of things subtly changing around you, so you’ll remember. 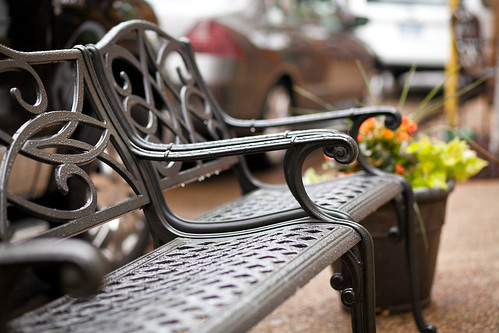 After the Rain © Adrian Lim

Sometimes the real world isn’t a very nice place to be. But there are some nicer things in here, like the costumes of Wong Kar Wai movies, tiny corporate logos and a Godzilla sequel in the works.

In my entire career, I’ve never seen a worse week of international violence: It’s been a week from hell. +  In 15 years of covering conflict around the world, I can’t recall another seven-day period when there were as many acts of war and terrorism, in as many places, as we’ve seen this week. (Quartz)

When It’s Bad to Have Good Choices: It may not surprise you to learn that healthy, well-fed people in affluent countries are often unhappy and anxious. But it did startle Zbigniew Lipowski when he came to a full realization of this fact. He had emigrated to North America from Dublin, in 1955, and, in the mid-nineteen-sixties, was put in charge of the psychiatry practices at two Montreal hospitals, Royal Victoria and Montreal Neurological. Why, he thought, as he worked there, would so many people living in such good conditions have so much anxiety? (The New Yorker) Note: As someone with lots of anxiety and problems making decisions/choices, this is one of my favorite articles this week.

Would we be happier if we all vacationed at once? Yes, research says: But what if taking vacation not only made you healthier and happier, as a number of studies have shown, but everyone around you? And what if everybody took vacation at the same time? Would life be better, not just for you, but for the entire society?  Yes, argues Terry Hartig, an environmental psychologist at Uppsala University in Sweden. Yes, indeed. (Washington Post)

After Ebola: But as the world’s worst Ebola epidemic yet spreads through western Africa, it is important to remember that we won’t always see something. “The single biggest threat to man’s continued dominance on this planet is the virus,” the Nobel Prize-winning biologist Joshua Lederberg once wrote. Few epidemiologists would disagree. There is no bomb, no poison, no plan of attack with the potential to do as much damage. (The New Yorker)

Anti-Surveillance Camouflage for Your Face: In a world of increasingly sophisticated facial-recognition technology, a drastic technique can throw the machines off your trail. (The Atlantic)

The Peerless Style of Chinese Director Wong Kar-wai: Renowned Hong Kong director Wong Kar-wai has long been synonymous with style, but usually only cinematically—he’s such a virtuoso that every image he commits to film looks painterly. But one of Wong’s less remarked upon virtues is chiefly sartorial: he’s a director whose impeccable sense of style extends to every outfit that graces his screen, and consequently his movies offer some of the best-dressed characters in modern cinema history. (Esquire) Note: I’ve seen 4 of the 5 movies listed (I have not seen My Blueberry Nights) and cannot recommend them more — especially Chungking Express and In the Mood for Love. Of course, I’m biased as Tony Leung Chiu Wai is my favorite actor.

Photos From Above That Show The Insane Divide Between Rich And Poor:  In Mexico City, boundaries between poverty and affluence are very stark. (Fast Company/Co.Exist)

A Plan To Untangle Our Digital Lives After We’re Gone: Ancient peoples sent their dead to the grave with their prized possessions — precious stones, gilded weapons and terracotta armies. But unlike these treasures, our digital property won’t get buried with us. Our archived Facebook messages, old email chains and even Tinder exchanges will hover untouched in the online cloud when we die.  Or maybe not. (NPR) Note: My sister could probably figure out what to do with my stuff and how to access it — maybe.

10 Rare Color Photographs From World War I:  A new book presents hundreds of autochrome color photographs of The Great War, many of them in print for the first time. (Fast Company/Co.Design)

What Corporate Logos Would Look Like If You Shrank Them: Responsive web design is all the rage. What if logo design were handled the same way? Would you still recognize that Levi’s sign? (Fast Company/Co.Design)

How to Kneecap the Thug in the Kremlin: It’s time to treat Vladimir Putin like the crime boss he is: Go after his money. (Foreign Policy)

Comcast Employees Spill How Hellish Life Is on Their End of the Phone: Last week, the Comcast call heard ’round the world struck a major chord with nearly everyone. We’ve all had that maddening phone call with a sales rep who just won’t quit. What you might not realize is that as we’re slamming our heads against our phones, they are too. It’s not they won’t stop, but that they can’t stop—and they hate it just as much. Here’s what life is like on the other end of the line. (Gizmodo)

The App I Used to Break Into My Neighbor’s Home: When I broke into my neighbor’s home earlier this week, I didn’t use any cat burglar skills. I don’t know how to pick locks. I’m not even sure how to use a crowbar. It turns out all anyone needs to invade a friend’s apartment is an off switch for their conscience and an iPhone. (Wired)

How cat photos can reveal privacy issues with what you share online: Posting pictures of your cat to the internet may seem like one of the most innocuous (and fun) things to do. But did you know that doing so can give away the location of your feline and, by extension, you too? (The Next Web)

The Future of Robot Caregivers: Each time I make a house call, I stay much longer than I should. I can’t leave because my patient is holding my hand, or because she’s telling me, not for the first time, about when Aunt Mabel cut off all her hair and they called her a boy at school, or how her daddy lost his job and the lights went out and her mother lit pine cones and danced and made everyone laugh. Sometimes I can’t leave because she just has to show me one thing, but getting to that thing requires that she rise unsteadily from her chair, negotiate her walker through the narrow hallway, and find whatever it is in the dim light of her bedroom. (New York Times) Note: Here’s a rebuttal article which I didn’t like, as I agree more with the NYT article: Failing the Third Machine Age: When Robots Come for Grandma (Medium)

The Sixth Extinction Is Here — And It’s Our Fault: The Earth appears to be in the early stages of the Sixth Extinction, the latest in a series of mass biodiversity losses that have punctuated the history of life on the planet, according to a paper published in Science this week. (Re/code) Note: Very short article, references Elizabeth Kolbert’s book, Sixth Extinction, which I haven’t read yet, though want to.

Inevitable Godzilla Sequel Confirmed, Will Feature Rodan, Mothra, and Ghidorah: According to sources at the Legendary panel at San Diego Comic-Con this year, the movie studio has confirmed a second movie for the newly awoken franchise, which will once again by directed by Gareth Edwards. (The Mary Sue)  Note: YAY!!!! Haters gonna hate, but I loved the 2014 remake, as though of you who know me will attest.

Scarlett Johansson’s Subversive Vanishing Act: Lucy, Under the Skin, and Her seem like strange choices for the star. But maybe there’s a reason she keeps picking roles in which she makes part of herself disappear. (The Atlantic)

No Time to Think: And if there is ever a still moment for reflective thought — say, while waiting in line at the grocery store or sitting in traffic — out comes the mobile device. So it’s worth noting a study published last month in the journal Science, which shows how far people will go to avoid introspection. (NYT)

Fear of Ebola Breeds a Terror of Physicians: Eight youths, some armed with slingshots and machetes, stood warily alongside a rutted dirt road at an opening in the high reeds, the path to the village of Kolo Bengou. The deadly Ebola virus is believed to have infected several people in the village, and the youths were blocking the path to prevent health workers from entering. (NYT)

The New Face of Richard Norris: For fifteen years, Richard Norris had a face too hideous to show. Then, one day, a maverick doctor gave him a miracle too fantastic to believe. Richard got a face transplant, a new life, and a new set of burdens too strange to predict. What’s it like to live with a face that wasn’t yours—and that may never quite be? (GQ)

14 Portraits Of College Grads Living At Home: It used to be shameful to move back home after college–a sign of personal failure. Now, because of rising student debts and a sub-stellar economy, it’s a common reality. That doesn’t make it any less weird for a liberated young adult to move back home and experience the childhood delights of family dinners and curfews all over again. Photographer Damon Casarez captures this odd spectacle in Boomerang Kids, a photographic collection of college grads who moved home. (Fast Company/Co.Design)

The NFL doesn’t care about women: In light of our growing awareness of the link between the game and traumatic brain injury, some Americans have started to rethink the morality of watching football. A group of players’ families recently sued the NFL for concealing the dangers of multiple concussions. We now know how devastating football can be when a player is injured — for the player and his family. Another thing we know by now is how the culture of pro football justifies, perpetuates and excuses violence against women.  (Al Jazeera America)

.@HiddenCash Revealed: Making Generosity Go Viral: Give away a dollar, and you’ll make someone’s day. Teach someone to give, and they’ll make a difference for a lifetime.The anonymous duo behind the @HiddenCash Twitter account didn’t quite realize that was the point when they started hiding envelopes of money and tweeting clues to their locations. (Techcrunch)