Hey, it’s been 27 Weeks, over half a year and … it feels like it’s been twice that long. Week 27 was out of control. I told a few people that it used to be thing a day, but now it feels like 500. A few minutes later I joked about remembering what it was like when there was only one thing a week that was destroying our democracy. My, how things have changed and not for the better.

Sorry this is late! Doctor’s appointments and leaking upstairs neighbor bathrooms always get in the way (not on the same day, though, and luckily no lasting damage to my bathroom).

Week 24 marked the first 100 days of 45’s regime. I’m currently rereading The Handmaid’s Tale and when I got to the section of the novel where Offred talks about how her world went from normal to an authoritarian regime, what struck me was how insidious it was. One day things seemed normal, and the next day too, but when you look back you see how dramatically things changed, but at the time you barely even noticed until something dramatic (in her case it was a bankcard not working and then losing her job) happens to you. I struggle, sometimes, to keep myself cynical enough to be aware that what’s happening in this country, in the United States, is not normal. In the novel Atwood talks about how humans adapt, how people normalize what’s going on around them because it’s how we survive and much of Offred’s story is about exactly that. And I worry that we, as a country and as individuals, are doing the same thing. That’s why I will continue to share Amy Siskind’s links/commentary as long as she posts them. We need these reminders.

Now, onto my links.

Taken by me on a walk.

Though I am no longer a librarian in my work life, I will always have a soft spot for libraries (and I visit all the time to chat with my old coworkers as well as to check out books). And in the spirit of librarianship, there are two articles one (the Time article) is an old article, but the second (EFF) is recent and reflects certain changing aspects of our society.

A mixed bag today, just in time for that awkward few weeks between Thanksgiving and Christmas. Enjoy the links. 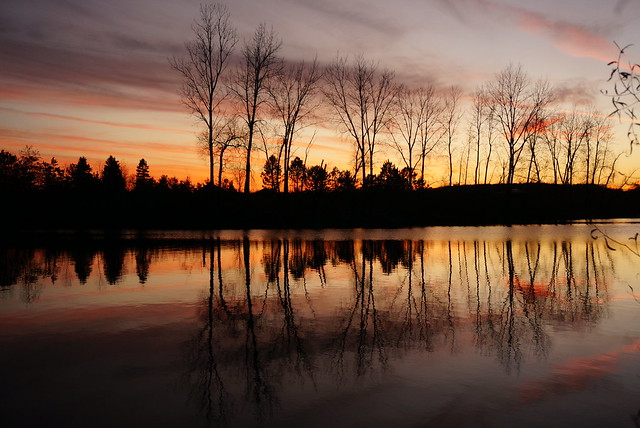 The end of tonight’s sunset by Rachel Kramer 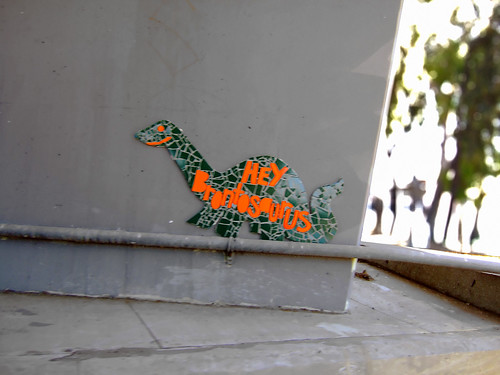 Oddly, I’ve read a bunch of stuff this week. There’s no theme to these articles, they’re covering a variety of topics. Sometimes I include an ‘if you only read one’ but this week, all of them are pretty good.

I’ve decided to try something different. Instead of listing all the links I’ve read and thought were interesting, I’m going to limit it to just ten, with maybe a bonus link or two. This first week of September will be my first week attempting this. Feedback is always welcome.

Tongues take a while to untie. (via Indexed by Jessica Hagy)

What a Woman’s Choice Means to the Supreme Court and Social Conservatives: A choice isn’t really a choice when you can’t find another job, or when it’s the end of the month and the checking account is empty and the morning-after pill costs $50 without insurance, or when the only approved birth control methods won’t work for you. For decades, activists have invoked a woman’s “right to choose” — choose when it’s the right time for her to have children and when it’s not, and to choose which contraceptive method to use in the meantime. In theory, women are still allowed to make these choices in America. In practice, though, to choose you must have options. Health insurance is one of the things that guarantees options and access. Freedom, as the conservatives say, isn’t free. For a choice to be a true choice and not a default, sometimes we have to subsidize it. (New York Magazine)

Back from the edge: In the 1990s China had one of the highest suicide rates in the world. Young rural women in particular were killing themselves at an alarming rate. In recent years, however, China’s suicides have declined to among the lowest rates in the world. In 2002 the Lancet, a British medical journal, said there were 23.2 suicides per 100,000 people annually from 1995 to 1999. This year a report by a group of researchers from the University of Hong Kong found that had declined to an average annual rate of 9.8 per 100,000 for the years 2009-11, a 58% drop. (Economist)

How not to say the wrong thing: Draw a circle. This is the center ring. In it, put the name of the person at the center of the current trauma. For Katie’s aneurysm, that’s Katie. Now draw a larger circle around the first one. In that ring put the name of the person next closest to the trauma. In the case of Katie’s aneurysm, that was Katie’s husband, Pat. Repeat the process as many times as you need to. In each larger ring put the next closest people. Parents and children before more distant relatives. Intimate friends in smaller rings, less intimate friends in larger ones. When you are done you have a Kvetching Order. (LA Times)

A Job Seeker’s Desperate Choice: On the morning of March 20, Shanesha Taylor had a job interview. It was for a good job, one that could support her three children, unlike the many positions she’d applied for that paid only $10 an hour. The interview, at an insurance agency in Scottsdale, Ariz., went well. “Walking out of the office, you know that little skip thing people do?” she said, clicking her heels together in a corny expression of glee. “I wanted to do that.”But as she left the building and walked through the parking lot, she saw police officers surrounding her car, its doors flung open and a crime-scene van parked nearby. All the triumphant buoyancy of the moment vanished, replaced by a hard, sudden knot of panic. Hours later, Ms. Taylor was posing for a mug shot, her face somber and composed, a rivulet of tears falling from each eye. A subsequent headline in The Huffington Post said it all: “Shanesha Taylor, Homeless Single Mom, Arrested After Leaving Kids in Car While on Job Interview.” (New York Times)

What Pastel Hair Means For Women Of Color: Our latest obsession here at Refinery29 is probably pretty obvious to you by now: We can’t get enough of pastel hair. So, when Diana and Everdeen, two R29ers, approached us and expressed interest in taking the pastel plunge, we jumped at the chance to put them in touch with celebrity colorist Lena Ott of the salon Suite Caroline. Ott is known for creating vibrant, rainbow-inspired hair colors, making her the perfect person for the job. (R29)

More than rumors drive Central American youths toward U.S.: Some Central Americans feel encouraged by rumors that children who cross into the United States will be allowed to stay. But other fundamental reasons fueling migration have remained unchanged for decades: family unification, hometown violence, inescapable poverty and lack of opportunity. Guatemala, Honduras and El Salvador, the so-called Northern Triangle of Central America, are among the poorest and most dangerous countries in the hemisphere. Plagued by ruthless street gangs and a growing presence of Mexican drug traffickers, the countries have seen homicide rates grow by 99% over the last decade, with the current rate five times that of the United States, according to a new study by the British-based Action on Armed Violence. (LA Times)

You Can Delete, but You Can’t Forget: I erased all of my mother’s emails after she died. I want them back. (The Atlantic)

These Park Benches Welcome The Homeless Instead Of Rejecting Them: Instead of being designed to thwart a good sleep, these park benches in Vancouver fold out into miniature shelters. (Fast Company/Co.Exist)

The Next Big Thing In Urban Planning? Backyard Cottages: As the days of suburban sprawl give way to those of urban density in U.S. metros–“smart growth,” most call it–providing sufficient housing remains a challenge. Decades of planning regulations and highway patterns support single-family homes built far outside a city center. Even in areas where big residential towers make sense, developing them takes a long time and costs a lot of money. Manhattan wasn’t built in a day (Fast Company/Co.Exist)

The Best And Worst Design Of The 2014 World Cup: From ugly stadiums to underwear slips to new and improved soccer balls (Fast Company/Co.Exist)